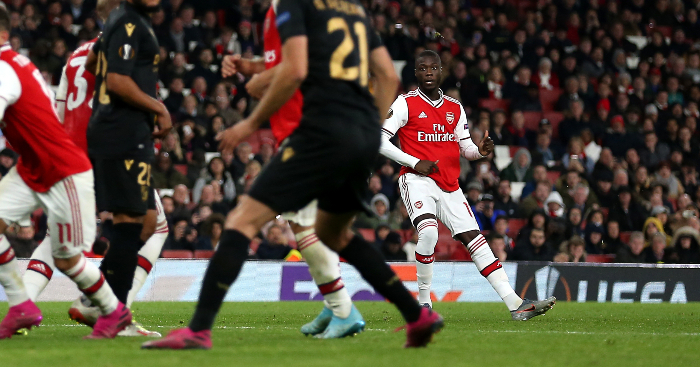 Nicolas Pepe was only brought off the bench in the 75th minute against Vitória de Guimarães but he singlehandedly turned the game around as Arsenal won 3-2.

The Ivorian winger has only scored from the penalty spot in his first 11 appearances, and he’s still waiting for his first goal from open play, but his finest moments yet came with two brilliant long-range free-kicks late on in the Europa League clash.

They looked on their way to a defeat before the introduction of record signing Pepe, who provided another hint of what he can offer with his exceptional set-piece ability. He equalised within five minutes, and bettered his first effort with a match-winner in the 93rd minute of injury-time.

Watch both strikes below:

NICOLAS PEPE HAS DONE IT AGAIN! 🔥

He rips a free-kick into the top corner in added time to snatch all three points!