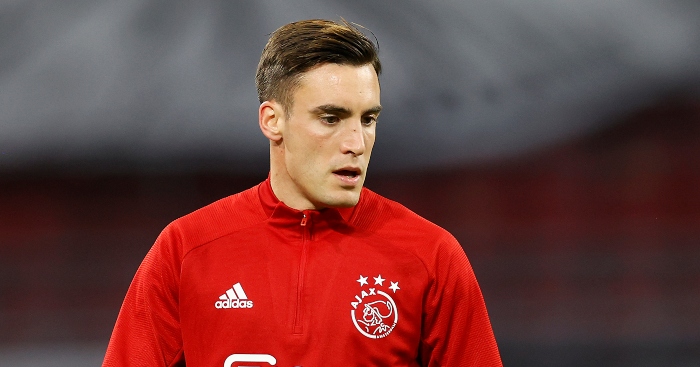 Ajax’s Nicolas Tagliafico produced a brilliant tribute to Diego Maradona after the Argentinian legend passed away on Wednesday.

While Maradona provided plenty of iconic moments during his career, everybody remembers his famous warm-up ahead of Napoli’s UEFA Cup semi-final against Bayern Munich in 1989.

With ‘Live is Life’ bursting from the stadium’s PA speakers, the Argentina international entertained the fans by performing a series of keepie-uppie skills in time with the music.

Following news of Maradona’s death, the song was played during the warm-up at the Johan Cruyff Arena before Ajax’s Champions League clash against FC Midtyland.

Tagliafico, who was visibly emotional during the minute’s silence, decided to honour Maradona by imitating that classic warm-up.

Watch the two clips below.