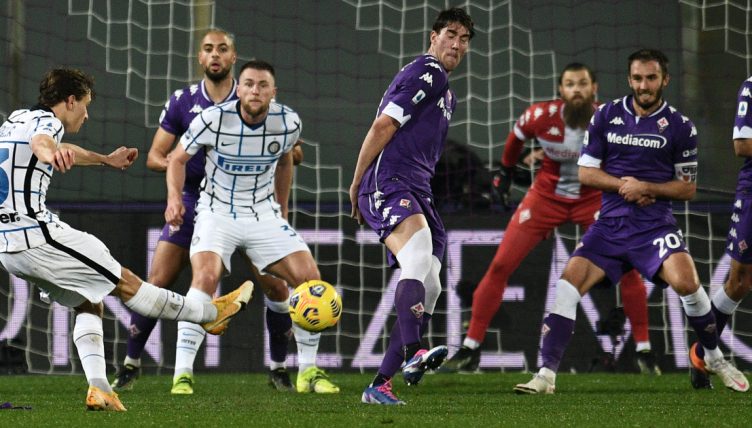 If you’ve been a regular watcher of Serie A this season, you’ll more than likely view Inter Milan‘s Nicolo Barella as one of the best midfielders around. Moments like this certainly don’t hurt his case.

The 23-year-old Italy international has been one of Antonio Conte’s key players in the push for the Scudetto this season, and while he’s usually catching the eye with special assists, he can strike a ball too.

Just look at the opening goal from Inter’s 2-0 win at Fiorentina on Friday night, which took them back to the top, mounting extra pressure on city rivals AC Milan when they host Crotone on Sunday.

On the half-hour mark, Inter work a corner well out to Barella, who finds himself with enough time and space to shoot from just outside the D. He takes one touch to let the ball come across his body, and then BAM.

One of the sweetest strikes you’ll see this season, he demonstrates brilliant technique to send it a curling effort through a crowd of bodies and just inside the post.