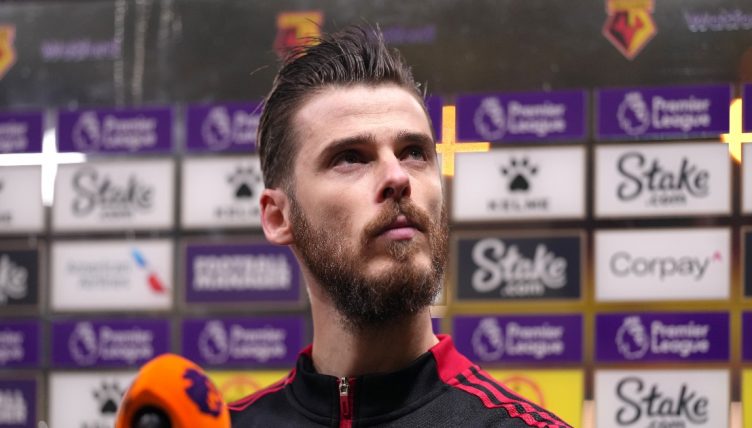 David de Gea saved two penalties and still conceded four goals, so it was no surprise that the goalkeeper looked shellshocked in his post-match interview following Manchester United’s 4-1 defeat away to Watford.

The tone for United’s disastrous afternoon was set in the opening minutes, when Scott McTominay gave away a penalty. De Gea stepped up to save his second penalty of the season so far – and again once it was retaken for encroachment.

But Ole Gunnar Solskjaer’s men didn’t heed the let-off, and went on to concede twice before the break. Second-half substitute Donny van de Beek scored to get United back into the game after the break, and the second half was much more competitive.

Manchester United failed to find an equaliser, though, and the day went from bad to worse when Harry Maguire was dismissed for a second yellow before a late collapse with two more goals shipped.

“It’s easy to blame the manager or the staff but sometimes it’s the players. We need to show much more than we are doing,” said De Gea, who pulled no punches in his interview.

“Embarrassing first half – we could’ve conceded four goals in 45 minutes. It was hard to watch the team playing today – it was nightmare after nightmare. It’s not acceptable.”

🗣 "Embarrassing first half, we could've conceded four goals in 45 minutes. It was hard to watch the team playing today, it was nightmare after nightmare. It's not acceptable."

🗣 "A club like Manchester United we have to be fighting for trophies, to be honest we are far from there."

David de Gea gives an honest assessment of everything that is wrong with Manchester United right now pic.twitter.com/5ri6jTa1EM

Watch: Bruno points at players and defends OGS as he apologises to fans