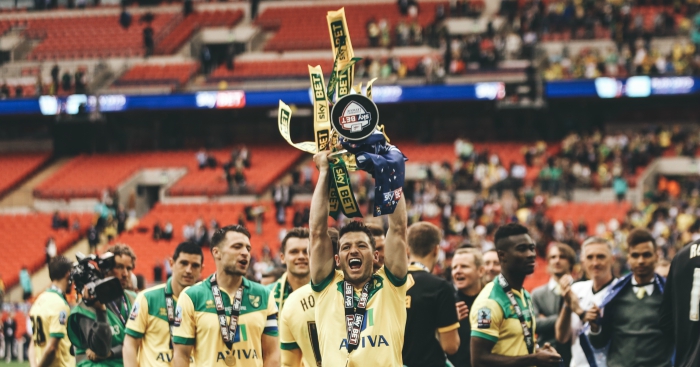 It is a day of celebration in Norwich today, as Wes Hoolahan’s incredible career at Carrow Road comes to a close.

Hoolahan recently announced he will depart from Norwich at the end of the season, bringing to an end a 10-year spell at the club.

Nicknamed ‘Wessi’, the midfielder has endeared himself to Canaries supporters over the years, lining up for the club in three divisions, and scoring some memorable goals in his 350 appearances for the club.

The club announced his departure in an emotional statement this week, confirming special plans were in place for this Saturday’s home game against Leeds

It was even stated that he would not take part in the final match of the season – away at Sheffield Wednesday – so he could receive his deserved send off from the home crowd.

And they didn’t disappoint, with a guard of honour greeting Hoolahan as he entered the field with his children, and supporters holding up a display in the backdrop.