Watch: Oblak gets caught after going up for corner, Atleti suffer rare defeat 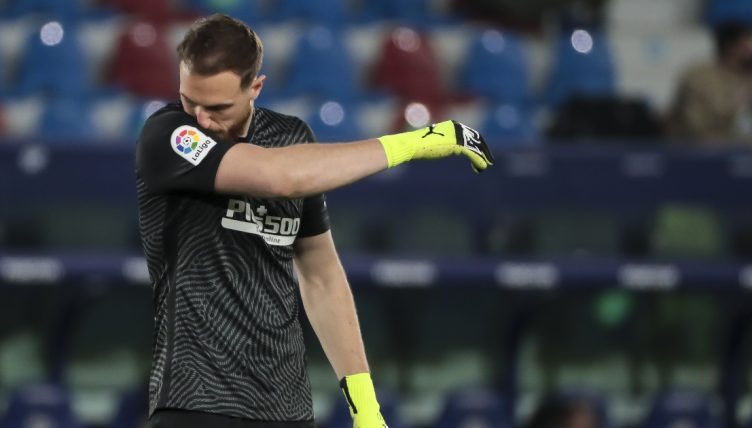 La Liga leaders Atletico Madrid dropped three vital points in the title race on Saturday afternoon, with their misery compounded against Levante after goalkeeper Jan Oblak was punished for going up for a corner.

Oblak has been among Atleti’s standout performers in recent years, with an exceptional record between the sticks, but he’ll regret going up in search of a late equaliser as Levante’s Jorge de Frutos broke to score in the unguarded net from the halfway line.

It was the second time over the past week that Diego Simeone’s men, the early pacesetters, have dropped points to midtable outfit Levante, and they’ve dropped as many points over the past four games as in the previous 19.

Real Madrid can move within three points of their city rivals when they kick off at Real Valladolid later this evening, while Barcelona will also be looking to close the gap when they face Cadiz tomorrow.

…and it leads to a second for Levante as Jorge de Frutos slots home from close to the halfway line 😱 pic.twitter.com/teRMaT9gkj