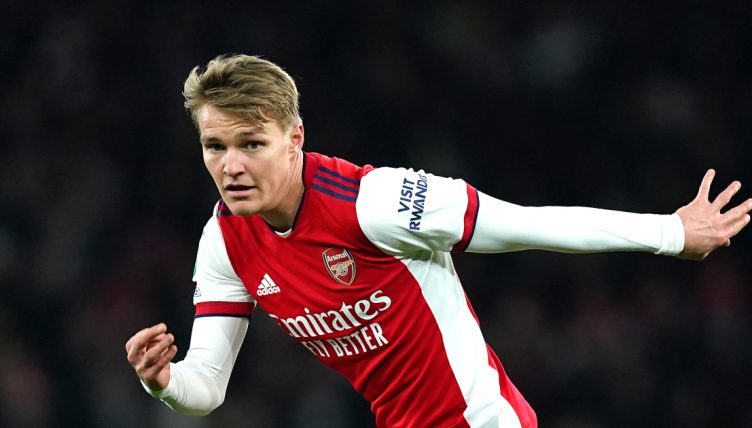 Shouts for an Arsenal penalty early on in their Premier League match with Manchester City were dismissed by the VAR despite strong protests from Arsenal players and fans.

Ederson caught Martin Odegaard just before the 10-minute mark when the Norwegian was in the box.

With his foot, the Brazillian caught Arsenal’s No.8 who went over. The Arsenal players immediately shouted for a penalty, but it was dismissed by the referee Stuart Attwell.

It was clear Odegaard got to the ball before Ederson, and a VAR check showed there could be no denying that he was then caught by the Brazillian ‘keeper.

However, VAR also showed that Odegaard stepped on Ederson first rather than the other way round, with Odegaard’s foot initially coming on top of Ederson’s.

Yet Ederson took the Norwegian out all the same, preventing Odegaard from having an opportunity to create a scoring chance from within the box.

After the VAR check, it was decided that the on-field decision was not a clear and obvious enough error to be corrected or even to send Atwell to the pitch-side monitor.

It was a tough decision for Arsenal to accept, with the match against Manchester City a tough challenge for Mikel Arteta’s in-form Arsenal side.

Arteta is recovering from Covid-19 and so is not able to be in the stands for his club. Instead, his assistant Albert Stuivenberg is the main man in the dugout.