Watch: Solskjaer and Chris Wilder have heated exchange on the touchline 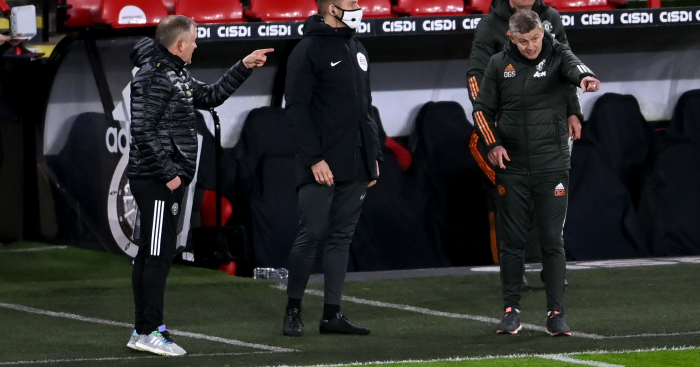 Wilder’s team, without a win all season and rooted to the bottom of the league, took a shock early lead through a Dean Henderson error.

But United stormed back with two goals from Marcus Rashford and another effort from Anthony Martial to take the victory.

It is unclear what sparked the heated exchange between the two managers, but that such an occurrence would happen is not surprising considering both managers are under pressure for results.

“I apologise. I maybe went overboard with a word. We’ll have a drink afterwards,” Solskjaer told Amazon Prime Sport after the game.

It's getting heated on the touchline 😤