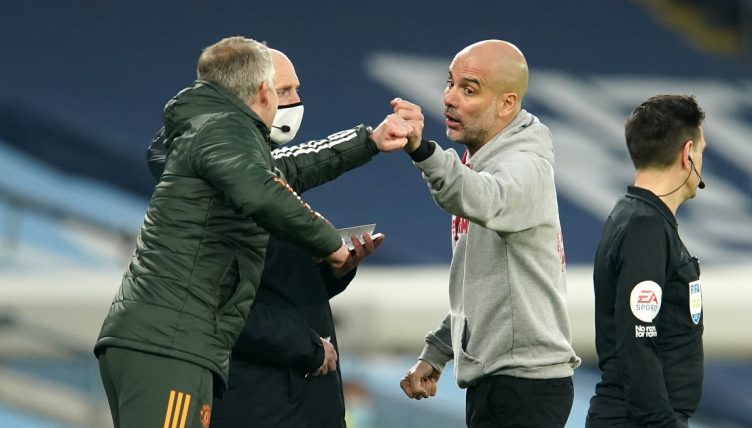 Pep Guardiola and Ole Gunnar Solskjaer clashed on the touchline during the Premier League showdown between Manchester City and Manchester United.

The two locked horns after an injury to United striker Marcus Rashford forced him to be substituted.

Solskjaer wanted to introduce Mason Greenwood but wasn’t quick enough to capitalise on Dean Henderson kicking the ball out of play.

City carried on playing and this caused the sharp exchange of words between the pair of managers.

Mike Dean watched on as they shared a fist bump before swapping contrasting opinions.

United won the match 2-0, ending City’s run of 21 successive victories and closing the gap between the Premier League’s top two to 11 points.