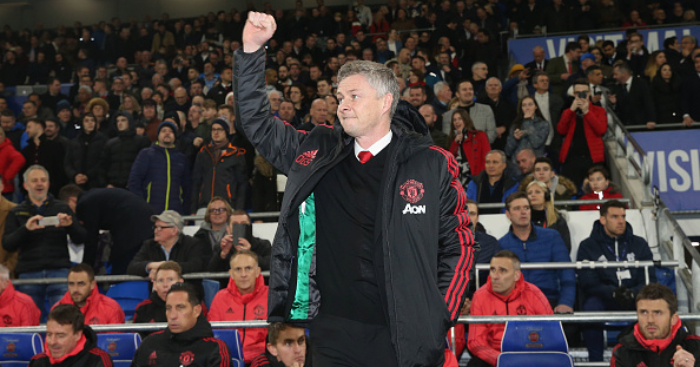 Ole Gunnar Solskjaer enjoyed himself in his first game as Manchester United manager.

Solskjaer celebrated the goal emphatically, fist-pumping on the sideline before hugging his new coaching staff. It all seems a world away from life under Jose Mourinho.

You can watch the celebrations below:

The boss would also have approved of Rashford and Herrera’s goal celebrations on the pitch. Both whipped out the knee slide in homage to Solskjaer’s famous winner against Bayern Munich in the 1999 Champions League Final in Barcelona.