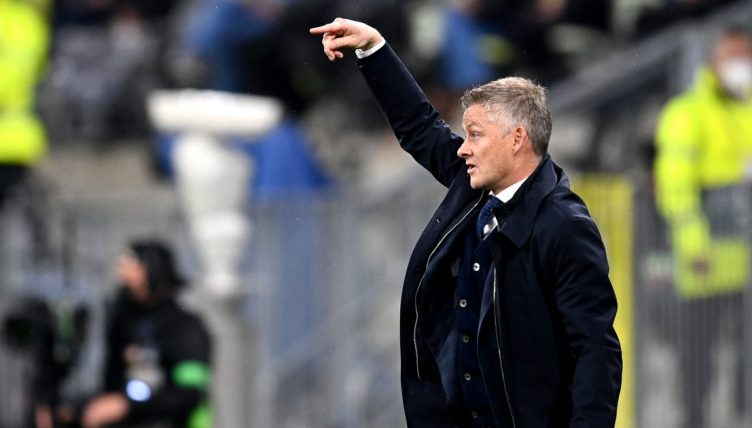 Ole Gunnar Solskjaer cut a frustrated figure on the touchline after Manchester United went 1-0 down to Villarreal in the first half of the Europa League final.

United went into the Europa League final as big favourites against Villarreal, who finished seventh in La Liga in 2020-21, with the Red Devils aiming to claim their first trophy since winning the same competition under Jose Mourinho in 2017.

But Villarreal took the lead after half an hour as Gerard Moreno turned home Dani Parejo’s free-kick following some slack marking from Victor Lindelof.

And as United subsequently struggled to find their groove in possession, the camera turned to Solskjaer berating his players, with Luke Shaw appearing the particular focus of his ire.

Full marks for the director cutting to this at the perfect time.

OLE TELLING LUKE TO "FUCKING GO", ALL THESE PLAYERS NEED TO FUCKING RUN AND GO, THEY ARE WALKING MAN😤😤 pic.twitter.com/A5ruJZVVUv

Watch: Amad Diallo sets up goal with stunning through ball in training