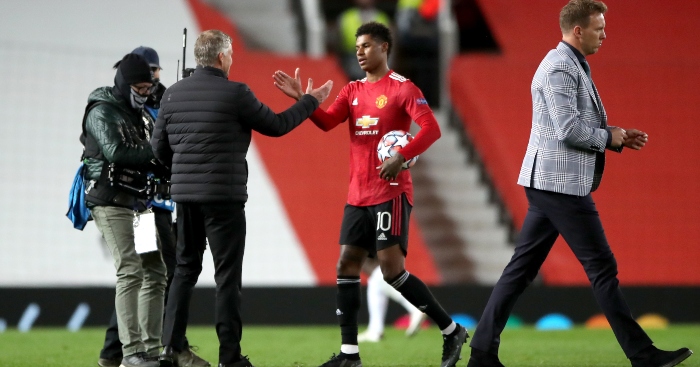 Ole Gunnar Solskjaer is a man with a certain Peter Pan quality.

Whether he is blessed with good genes, or just moisturises well, the Norweigan manager has certainly aged gracefully.

Admittedly, the goal was spectacular – Rashford took the ball forward and rifled it home, knocking £10million off the price tag of United target Dayo Upamencano in the process.

However, the moment that made us smile most was his manager’s celebration. Appearing in the right-hand corner of the screen like a confused grandparent during a Zoom call, Solskjaer punched the air with zest and vigorously applauded his player’s moment of inspiration.

There seemed a real catharsis in his celebration as if the weight of a mediocre start to the season had begun to be lifted.