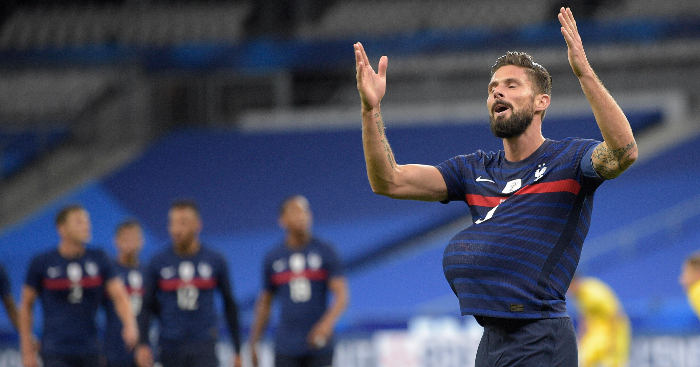 Chelsea striker Olivier Giroud has moved ahead of Michel Platini in France’s all-time top scorer list – and he’s done it in some style.

The 34-year-old World Cup winner has struggled for minutes at his club since the arrival of Timo Werner but remains firmly in Didier Deschamps’ plans – and with performances like this you can see why. Only Thierry Henry has scored more goals for Les Bleus now.

He was at the double in Wednesday night’s 7-1 friendly victory over Andriy Shevchenko’s Ukraine, and it was his first that was particularly special, picking up the ball on the edge of the D and in typical Giroud fashion making it look effortless as he struck a long-range effort into the top corner.