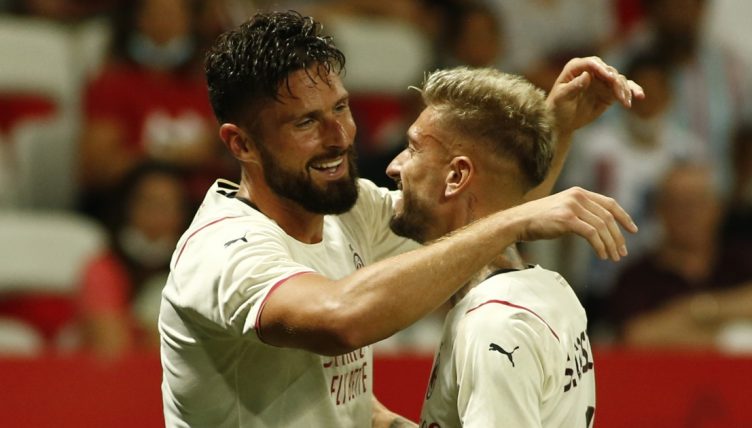 He didn’t get many chances to show what he could do in a Chelsea shirt last season, nor did he start for France at the Euro 2020, but Olivier Giroud showed he’s still got it with a powerful header for AC Milan on Saturday night.

Milan played Nice in a pre-season friendly at the Allianz Riviera and former Arsenal man Giroud was brought on for his debut just after the hour mark with the Rossoneri 1-0 down.

Three minutes later, the big Frenchman rose above the home side’s defence to nod home an equaliser from a delightful Samu Castillejo free-kick.

It was Giroud’s very first touch of the ball since his €1million move to Italy and if he has started how he means to go on, then Milan fans are in for a treat as he links up with Zlatan Ibrahimovic to lead the line at San Siro.

After making just eight league starts for Chelsea last season, the 34-year-old should at least be fresh and will certainly be motivated to prove that he hasn’t lost that old magic.

“My ambition is to win some trophies,” Giroud said upon his arrival. “That’s why I am playing football. I am a competitor and I want to win again and again.”