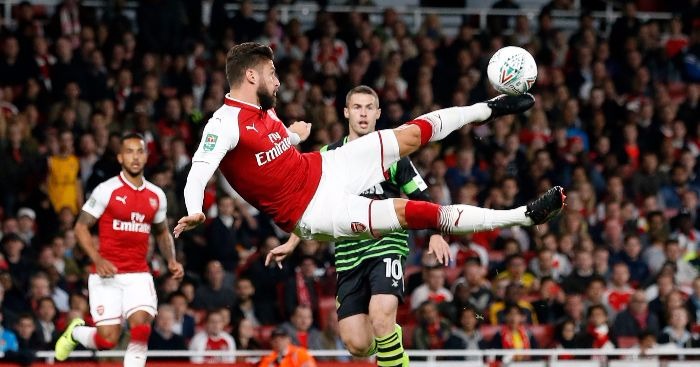 Olivier Giroud came painfully close to scoring his 100th goal for Arsenal in sensational style during the Gunners’ 1-0 victory over Doncaster Rovers in the League Cup.

Giroud has been a loyal servant to Arsenal since joining from Montpellier five years ago, opting to stay in north London in the summer despite interest from various other clubs.

The France international has scored 99 goals in 231 appearances but has now gone six games in search for the elusive century.

But the striker almost reached the landmark with an outrageous overhead kick attempt against Doncaster, only to be denied by the crossbar.

His miss did not prove costly for Arsene Wenger’s men, as Theo Walcott fired Arsenal into the last 16, where they will host Norwich City.