Watch: Ex-Chelsea star Oscar assists four goals and then gets sent off 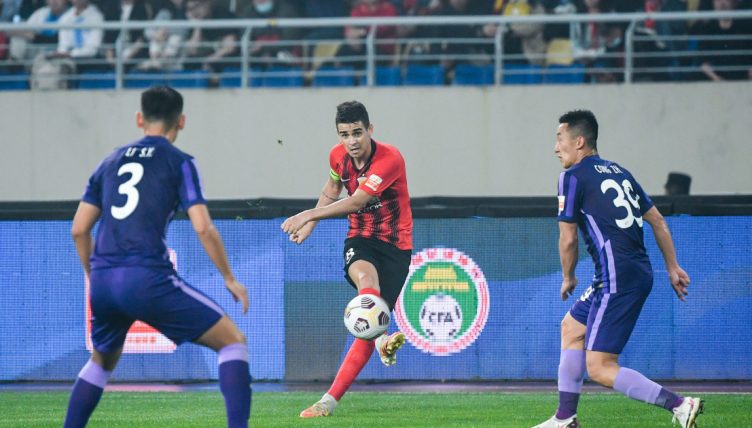 Former Chelsea playmaker Oscar was involved in all five goals for Shanghai Port FC before being red-carded in their 5-1 victory in the first leg of their Chinese FA Cup semi-final tie.

The Brazilian put in an impressive individual performance, directly assisting four goals and being involved in the build-up for the other in the side’s win over city rivals Shanghai Shenhua.

An injury-time VAR review then deemed him to have hit an opposition player in the face with his elbow.

The midfielder caused controversy when he opted to move to China in a big-money deal from Chelsea in January 2017. His contract with the side, which recently changed its name from Shanghai SIPG, made him one of the highest-paid players in the world.

Oscar’s cross-field ball was vital in the build-up to his sides opener in the 8th minute before he found his teammates a further four times to all but secure the team’s passage to the final.

His set of assists included a delightful dink over the opposition defence for the second goal.

Since moving to Shanghai Port, Oscar has won the Chinese Super League once, in 2018.