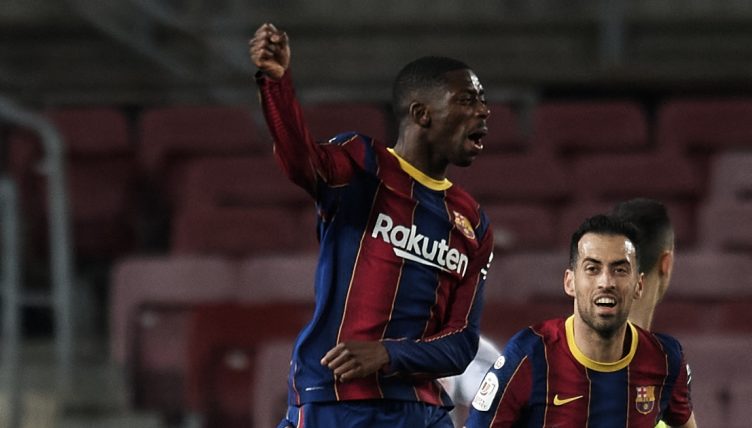 Barcelona got off to the perfect start of their Copa del Rey semi final against Sevilla with a brilliant long-range effort from Ousmane Dembele.

Dembele’s time has come under severe scrutiny amid an injury-ravaged few years at the Camp Nou, but he’s starting to find some form of late.

The Frenchman scored in a solid 2-0 win over Sevilla at the weekend, and got on the scoresheet once more against Julen Lopetegui’s side in the second leg of their cup clash.

Barcelona went into the match looking to overturn a two-goal deficit, after losing 2-0 in the first leg at the Ramon Sanchez Pizjuan three weeks ago.

And the comeback was most certainly on after just 11 minutes, with Frenchman afforded time and space on the edge of Sevilla’s box. It was an absolutely perfect, unsaveable effort, fired right into the top corner with plenty of power behind him.

Ousmane Dembele gets the opener with a lovely strike! 💥

Sevilla now only with a 1 goal aggregate advantage in this Semi Final.