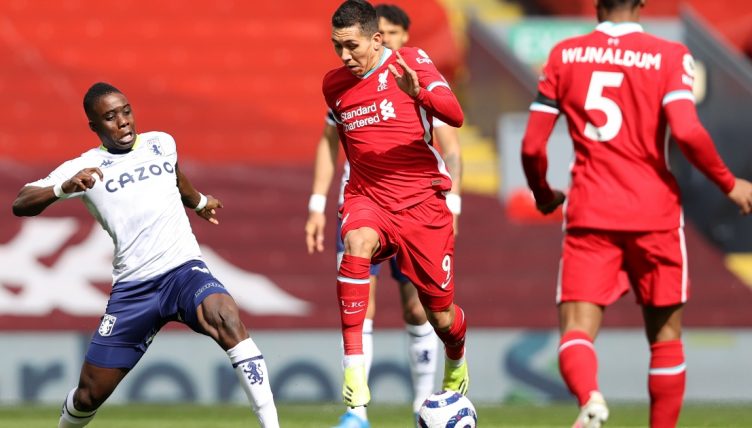 Roberto Firmino was back in the Liverpool starting XI against Aston Villa this weekend after missing out in midweek, and he produced a moment of magic.

The Brazilian was left on the bench for the Reds 3-1 defeat at the hands of Real Madrid on Tuesday night but he was reinstated for the visit of Dean Smith’s men in place of Sadio Mane.

With Liverpool well on top and 37 minutes played, the ball looped out of the home penalty area following a Villa attack and dropped the way of Firmino.

As casually as you like, the frontman cushioned the ball perfectly on the turn, launching an attack in the process.

It was a lovely touch, but one that Jamie Carragher seemed to enjoy far more than anyone else, letting out a groan of appreciation.

The noises made were akin to those made when Manchester City previously despatched the Reds – although at least these were positive ones, even if Liverpool did concede five minutes later.