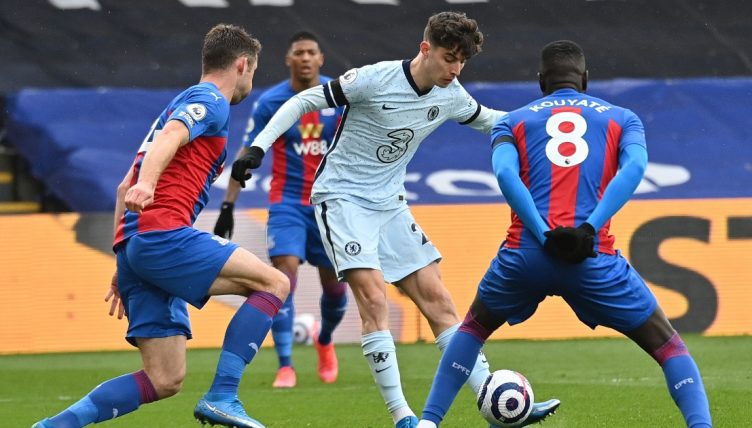 It has not been the easiest of times for Kai Havertz since his move to Chelsea from Bayer Leverkusen for a club-record fee in the summer transfer window.

But if his performance against Crystal Palace on Saturday evening is anything to go by, he may have finally found his feet in England.

The German bent home a lovely opener after just eight minutes, giving Vicente Guaita no chance in the Palace goal, before a neat bit of interplay saw him set up Christian Pulisic for the Blues’ second moments later.

Thomas Tuchel’s men were running riot in South London and, just before Kurt Zouma headed in a third, Havertz almost scored the goal of the season.

With a long ball coming over his shoulder, into the Palace penalty area, he flicked it over the head of Patrick van Aanholt and set himself perfectly for the shot.

Unfortunately, he just did not catch it right, although it still required a smart stop from Guaita. What a goal it would have been though.