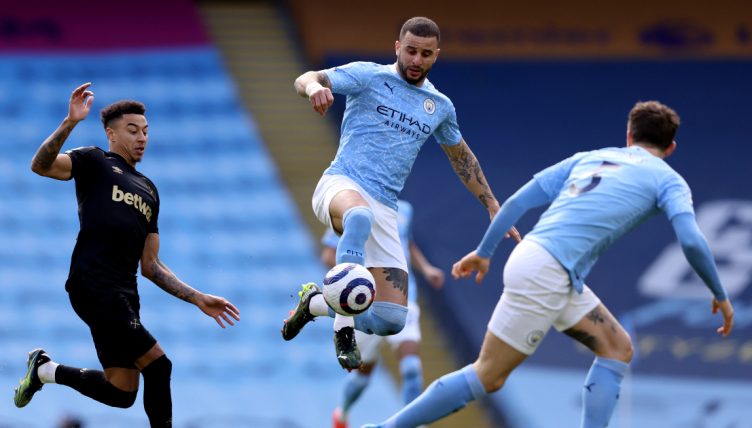 Kevin De Bruyne is back to full fitness for Manchester City – not that they really need him – and he is already having a great time in training again.

The 29-year-old has missed five of City’s last eight games but returned as a substitute in the 2-1 win against Everton.

He returned to the first team against Arsenal before claiming his first assist since January with a pin-point cross for Ruben Dias to head home when West Ham visited on Saturday.

Prior to the Hammers clash, the City players were seen in training with spirits clearly high as they took part in a passing drill.

With Dias in the middle of the group, tasked with winning the ball back off his teammates, Kyle Walker pulled off an outrageous piece of skill before giving us a lovely rendition of Simon & Garfunkel’s The Sound Of Silence.

Feigning one pass, the right-back then flicked the ball through the Portuguese’s legs, sparking jubilation among the other players, especially De Bruyne.