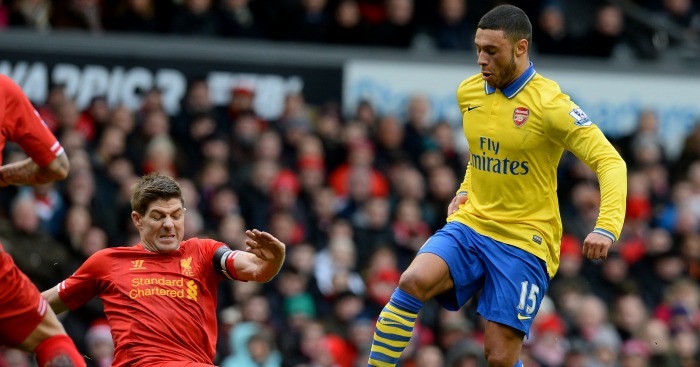 Alex Oxlade-Chamberlain is set to swap Arsenal for Liverpool in a move that may give him the opportunity to fulfil a childhood dream.

With less than 12 months remaining on his current deal, Arsenal have decided to cash in on Oxlade-Chamberlain.

Chelsea agreed a deal with the Gunners for the 24-year-old, who would have been an uprgrade on Victor Moses, but the former Southampton man rejected the move as he did not want to be used as a wing-back.

Liverpool have now swooped in, giving Oxlade-Chamberlain the chance to compete for a place in Jurgen Klopp’s midfield.

And this clip from after Arsenal’s FA Cup triumph over Chelsea last season shows the player has always had his heart set on a central midfield role, with one Liverpool legend a particular inspiration.