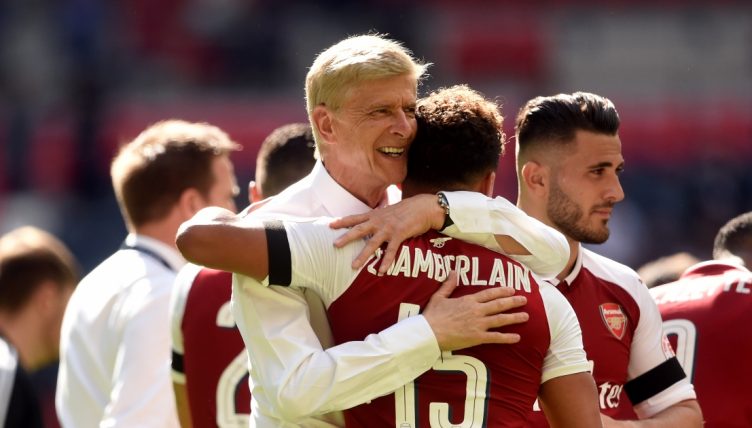 Former Arsenal personnel Alex Oxlade-Chamberlain and Arsene Wenger were reunited in Liverpool training this week as the Frenchman handed out FIFA awards to a number of Reds players and Jurgen Klopp.

Wenger brought Oxlade-Chamberlain to the Emirates in the summer of 2011, spending £12million on the teenager after an excellent spell in League One with Southampton.

The versatile attacker spent six seasons in north London, playing 198 games and scoring 20 goals before moving to Merseyside with Liverpool. There he has gone on to win the Champions League and Premier League.

Since leaving Arsenal, Wenger has taken up a role as FIFA’s chief of global football development and as part of his duties, he was handing out awards to winning candidates after delays caused by the pandemic.

Klopp was given his manager of the year award while Alisson, Trent Alexander-Arnold, Virgil van Dijk and Thiago were presented with trophies to commemorate their inclusion in the FIFPro Men’s World11.

But before taking on those tasks, Wenger took in Liverpool’s training session and a clip emerged of him and Oxlade-Chamberlain shaking hands and indulging in conversation.

Take a look at the ex-Arsenal employees catching up in the clip below.