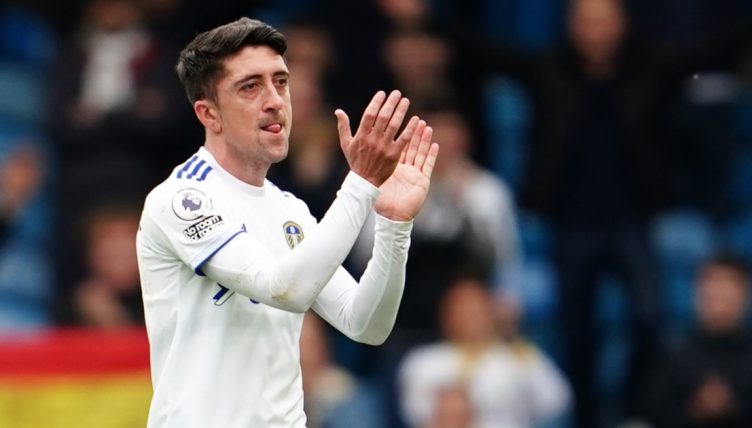 Pablo Hernandez was left in floods of tears at the reception Leeds fans afforded him during his final game for the club.

Supporters were allowed inside Elland Road for the first time since March 2020 and were given the chance to say goodbye to club heroes Hernandez and Gaetano Berardi.

And Leeds ensured an appropriate send-off by beating West Brom 3-1 to ensure a ninth-place finish on their return to the Premier League.

Hernandez, who finished as the club’s player of the season for the past three years, set up Jack Harrison’s opener on his final outing for Leeds.

With the game secure, both Hernandez and Berardi were substituted with 20 minutes to go. Both players seemed overcome with emotion as they were given a tearful farewell by the Leeds fans.

Hernandez was particularly affected by the affectionate send-off. He sat in the stands fighting back the tears as the home supporters sang his name.

Pablo Hernández tears up as his name rings out around Elland Road, lovely touch 🥲👏 pic.twitter.com/YcGYOYI5Y7