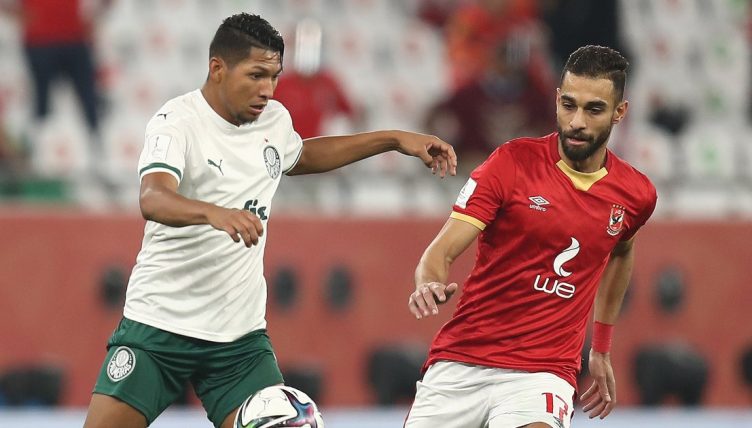 Palmeiras’ Rony was left red-faced after trying to combine the penalty techniques of Neymar, Paul Pogba and Bruno Fernandes.

While Bayern Munich beat Mexican side Tigres 1-0 in the FIFA Club World Cup final, Palmeiras came up against African champions Al Ahly in the third-place play-off.

With the score tied at 0-0 following regulation time and extra time, the match was to be decided by a penalty shootout.

The Brazilian side lost the shootout 3-2 and missed out on a bronze medal after Rony, Luiz Adriano and Felipe Melo all missed from the spot. However, it was Rony’s unconventional run-up that stole the headlines.

Positioning himself around 15 yards from the ball, he moves to his left and runs towards the ball at full throttle before drastically slowing down and completing a stuttered run-up.

The 25-year-old then tried to fool the goalkeeper with a Bruno Fernandes-esque hop but his strike was easily saved by Mohamed El Shenawy.