Watch: Parrot lands on player’s back during Croatian second-tier match 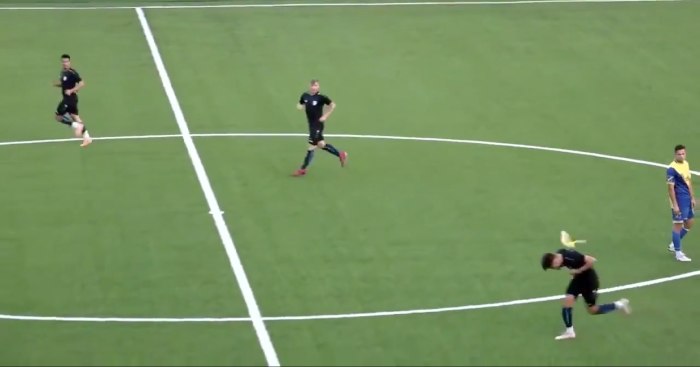 Anyone familiar with this site will know that we absolutely love a pitch invasion by an animal.

You know what we’re talking about. Quite often it’s a cat that wanders on to the pitch with a typical no-f*cks given attitude. It’s a completely different vibe when a dog gets let loose with abandon. As we saw in West Yorkshire recently, alpacas can prompt an altogether different challenge, namely: “Do they bite? Spit?”

In Croatia’s second tier, Cibalia full-back Karlo Isasegi probably didn’t expect to celebrate his side’s consolation goal in a 3-1 defeat to BSK by having a parrot jump onto his back rather than a team-mate.

Isasegi was given the fright on Sunday much to the delight of the home supporters, who could be heard laughing as the players trotted back to the halfway line after Josep Cipric had pulled a goal back for the visitors late on.

To be fair to Isasegi, he dealt with the unexpected surprise quite well after his initial shock. Watch for yourself below.

11 of football’s best animals of the 2010s: Catinho, Paul the octopus…