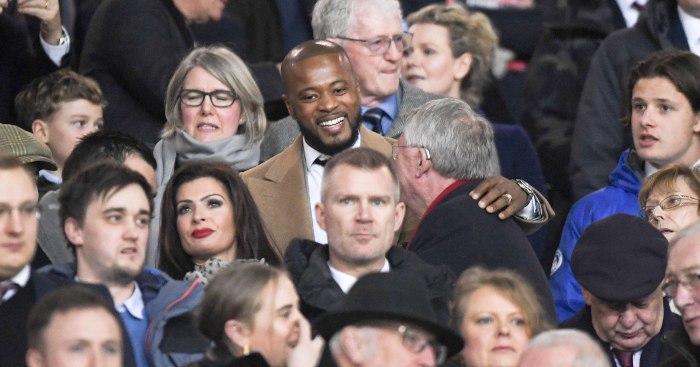 Patrice Evra says Manchester United‘s summer-long pursuit of Borussia Dortmund winger Jadon Sancho has been “embarrassing” as he refuses to get excited about the imminent arrival of Edinson Cavani at Old Trafford.

United have made a slow start to the 2020-21 season after a truncated pre-season following their run to the latter stages of the Europa League at the end of last term.

Ole Gunnar Solskjaer has spoken of the need to improve his squad if the Red Devils are to improve on last season’s third-placed finish and trio of semi-finals.

Donny van de Beek has so far proved the only addition, although Cavani and Alex Telles are expected to arrive ahead of Monday’s transfer deadline.

Solskjaer has so far been frustrated in United’s attempts to recruit a right winger, with Sancho his No.1 target.

But despite all the speculation surrounding Sancho’s future, a move appears unlikely as Dortmund insist the England international will remain in Germany after United failed to meet their asking price earlier in the window.

And Evra expressed his own frustrations at United’s transfer business – and the pursuit of Sancho in particular – while speaking as a pundit ahead of their clash with Tottenham on Sunday.

🗣"I think the Sancho saga is embarrassing" @Evra has had enough of the Jadon Sancho to Manchester United transfer saga it would seem pic.twitter.com/DaHlQRpBuc