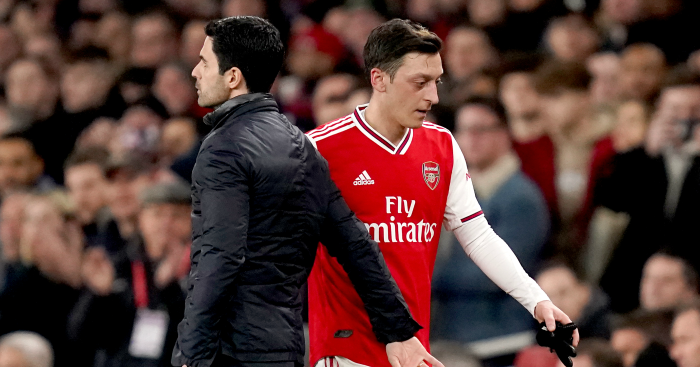 From almost resigning on air after Manchester United’s 6-1 defeat to Tottenham to exchanging forthright views with Jimmy Floyd Hasselbaink, Evra more man makes up for his lack of insight with full-blooded passion and entertainment. Which, deep down, we all crave in our pundits.

Appearing on Sky Sports covering Leeds and Arsenal’s goalless draw, Evra offered his typically unique opinion on the current impasse between the Gunners and Mesut Ozil.

After commenting on Arsenal’s retreat into their defensive shell after Nicholas Pepe’s red card, Evra said: “I have a good surprise for the Arsenal fans.

“We’re gonna do a special edition of ‘Where’s Wally?’ for Christmas, but it will be ‘Where’s Ozil?'”

This comment elicited a chuckle from Freddie Ljungberg and host Dave Jones.

If you’re listening, Sky, more Evra on our screens please.

"Arsenal have a Christmas edition of 'Where's Wally?'"@Evra is still questioning why Mesut Ozil is not in the Arsenal squad pic.twitter.com/RTajPcMpTC