Watch: Paul Lambert says Xherdan Shaqiri was ‘brilliant’ for him at Stoke 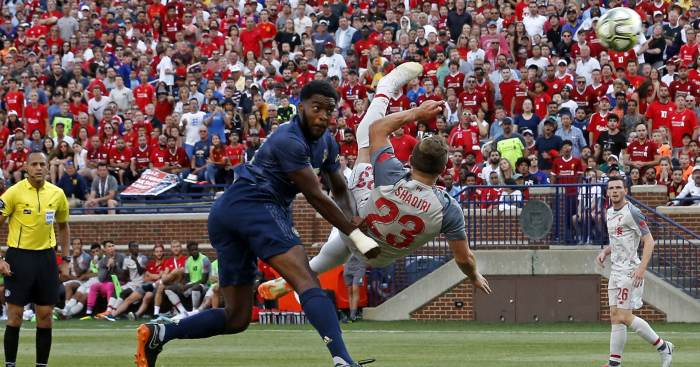 Paul Lambert insists he “never had one problem” with Xherdan Shaqiri’s attitude or defensive work during his time in charge at Stoke City.

Shaqiri was criticised by both Gary and Phil Neville over the summer for an apparent lack of professionalism and team ethic, while his former Stoke team-mate Charlie Adam said players were frustrated by the amount of leeway he was given not to track back.

Lambert, however, who spent 15 games in charge of Stoke in the second half of last season, heaped praise on the Swiss international during coverage of the Watford vs Crystal Palace match on beIN SPORTS on Sunday.

“He was brilliant for us, never one bit of bother,” Lambert told Richard Keys.

“I can honestly say I never had one problem with Shaq. I thank my lucky stars he was there because he gave us a chance with the goals he scored and the ones he created.

“He was great to work with. I never any problem with him switching off, not wanting it, not trying.

Hear what Lambert had to say in full below…