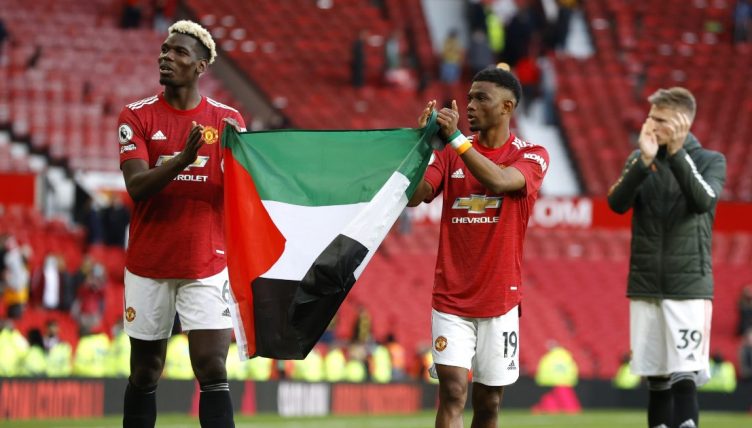 Paul Pogba and Amad Diallo showed their support for the people of Palestine by brandishing their flag after Manchester United‘s 1-1 draw with Fulham on Tuesday night.

As fans returned to Old Trafford for the first time in over a year, they were treated to a stunning goal from Edinson Cavani, who chipped Fulham goalkeeper Alphonse Areola from long range in the first half.

Fulham, whose relegation back to the Championship has already been confirmed, equalised in the 76th minute through Joe Bryan to earn a point, although it mattered little with the hosts’ place in the top four already confirmed regardless of results in the division’s remaining fixtures.

After the match, Pogba and Diallo walked around the pitch to applaud fans in an end-of-season lap of honour while brandishing the flag of Palestine, where 200 people, including 59 children, have been killed in the last week of attacks in Gaza by Israel.