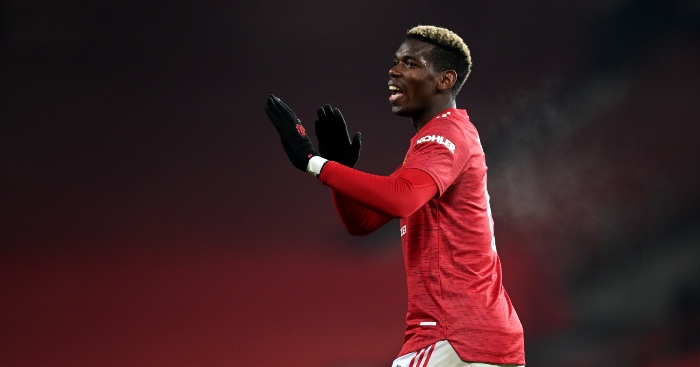 Paul Pogba was at the centre of the action during Manchester United‘s controversial 2-1 win over Aston Villa on Friday night.

The France international started the move for Anthony Martial’s opening goal, producing a brilliant flick over John McGinn before laying the ball off to Marcus Rashford.

Villa equalised through Bertrand Traore’s strike but United were awarded a penalty after Pogba went down in the box under a challenge from Douglas Luiz.

“They got what l believed was a penalty at the time – I thought Douglas Luiz got too tight – but having seen it back, it looks like he trips himself up,” Villa manager Dean Smith told Sky Sports.

“For me, Michael Oliver should be sent over to the monitor. That’s what VAR is for. If there’s doubt, get yourself over there.

“At the time l had no doubts it was a penalty. But Pogba has tripped himself up there. Seeing it again, I don’t think it is a penalty.”

Just minutes before he earned United the spot-kick, the 27-year-old appeared to instruct team-mate Luke Shaw to dive after a tussle with Matty Cash.

This is a video of Paul Pogba telling Luke Shaw to dive and try and win a penalty. A few minutes later Paul Pogba tripped over his own feet and won a penalty. pic.twitter.com/sJv6vzRBnE