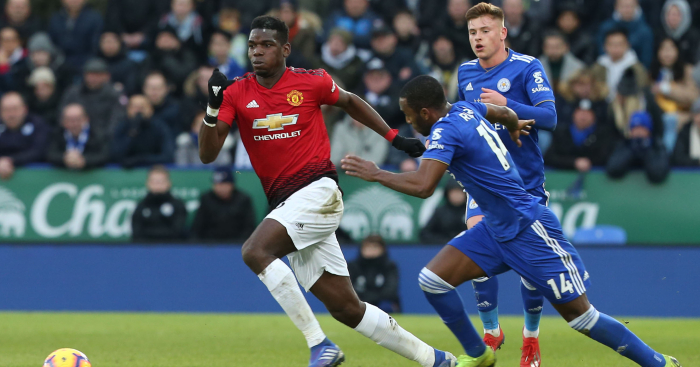 Paul Pogba caught the eye once again as Manchester United beat Leicester City 1-0 at the King Power Stadium on Sunday.

United were looking to bounce back after dropping points for the first time under Ole Gunnar Solskjaer in the 2-2 draw with Burnley in midweek.

Pogba has been one of many big improvers under Solskjaer following the sacking of Jose Mourinho in December.

And the midfielder was once again pivotal in the victory against Claude Puel’s men.

The France international created the only goal of the game with a brilliant pass which Marcus Rashford converted with impressive calm.

And Pogba also dug in late on with an excellent run to relieve the pressure as Leicester tried to snatch an equaliser.

Love seeing this from Pogba in the closing minutes of the game, beating players with ease and winning a foul high up the pitch. 👏 #MCFC #LEIMUN