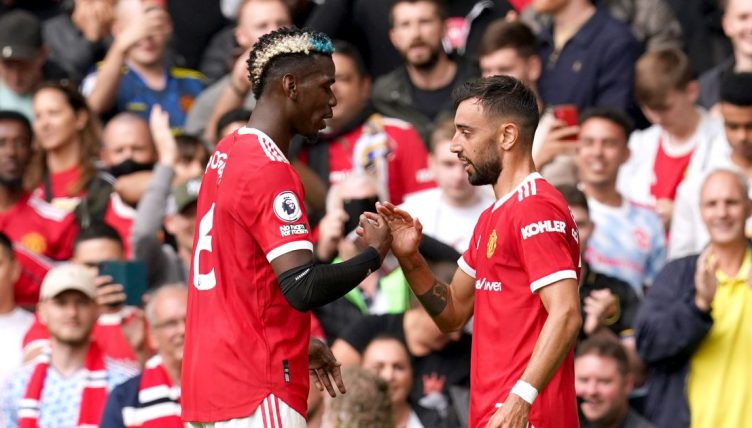 Paul Pogba and Bruno Fernandes both had a lot to celebrate as Manchester United beat Leeds 5-1 in their first game of the season.

Fernandes picked up where he left off last season and took the match ball to home after scoring a brilliant hat trick at Old Trafford.

Pogba didn’t get on the scoresheet but registered four assists for the Red Devils, becoming only the seventh player to achieve that in a single Premier League game.

After the Portugal international netted one of his three goals, Pogba was spotted copying Fernandes’ ‘hands over ears’ celebration.

“He’s doing really well and he’s such a big player,” Fernandes said of Pogba after the game. “Everybody knows that and I hope he can keep getting better and better because I think he can still do so much more.

‘’I’m pretty sure Paul could do five or six [assists] in one game! Paul is a quality player; we all trust him, we all know his qualities. The point is making those performances and to help the team do better and I’m pretty sure Paul is here to do that.’’

Pogba copying Bruno's celebration is the content we all needed 😍