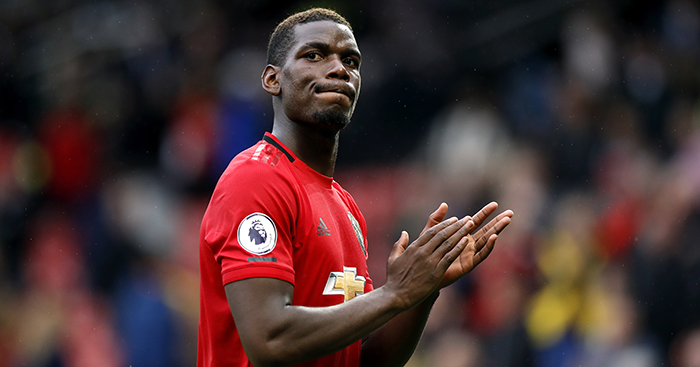 Paul Pogba has long been linked with a move away from Manchester United, but the midfielder appears to be loving life at Old Trafford.

Pogba, who moved back to United from Juventus in 2016, has often been criticised for his flamboyant personality, especially during times when his form has been inconsistent.

But the France international has been in fine form in recent weeks and helped Ole Gunnar Solskjaer’s side to a 5-2 win over Bournemouth on Saturday.

Pogba returned to the dressing room with his team-mates at full-time and celebrated the result by showing off his dance moves.

Pogba the Virus infecting everyone in the dressing room 😂😂 pic.twitter.com/2qrOZaIhJN