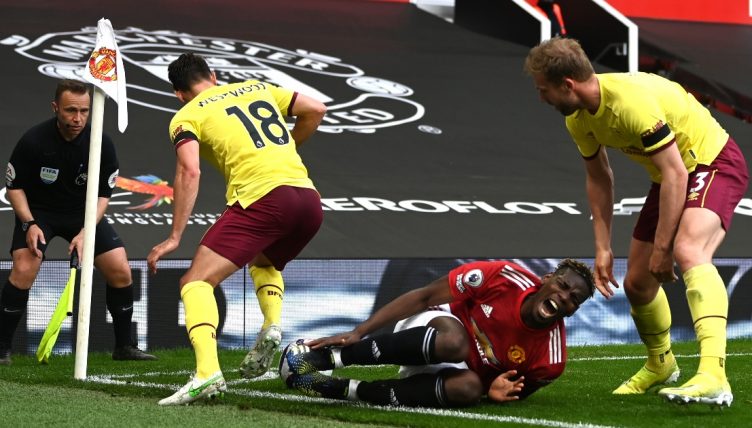 Manchester United extended their winning run to five straight Premier League matches in Sunday’s 3-1 victory over Burnley, but it wasn’t all smiles in the closing stages.

Not long before Edinson Cavani put the result beyond doubt with their third goal in the 93rd minute, Paul Pogba had gone down by the corner flag as United were protecting their lead.

Referee Jon Moss didn’t seem convinced by Pogba’s slowness to get back to his feet, and told the France international “don’t take the piss” in a bid to get the game going again.

That did not go down well with the Manchester United midfielder, as the pitchside microphones picked up his exchange with Moss, replying: “What do you mean ‘take the piss’? I play football!”

Subsequent replays showed he’d taken a bang to the back of his knee from Ashley Westwood.

Absolutely disgraceful from Moss. Pogba annoyed with the ref and rightly so. pic.twitter.com/0nd6vM90yR

How Edinson Cavani compares with every Man Utd No.7 since Ronaldo