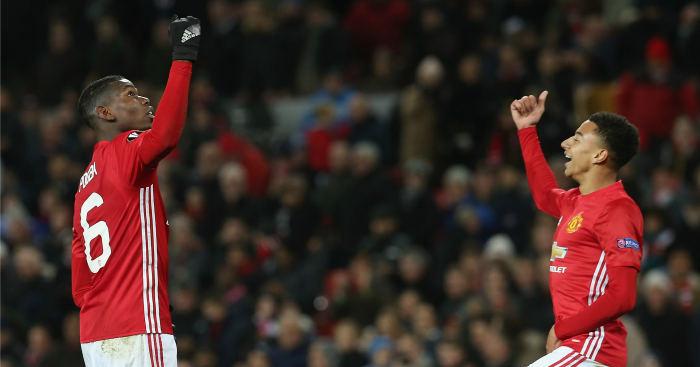 Paul Pogba and Jesse Lingard’s burgeoning bromance was one of the subplots of Manchester United‘s campaign last season – and it shows no signs of letting up this year.

After Pogba returned to Old Trafford, the midfielder immediately hit it off with Lingard, with the pair becoming famed for their celebrations together.

The arrival of Romelu Lukaku, another of Pogba’s close friends, this summer had sparked fears Lingard could be pushed aside, but that doesn’t appear the case if the following video is anything to go by.

The duo sat down with our friends at COPA90 for a session of FIFA and Chill, finding time to show off their new dance for the 2017-18 season…

Analysing which midfield gets the best out of Pogba – where will Matic fit?