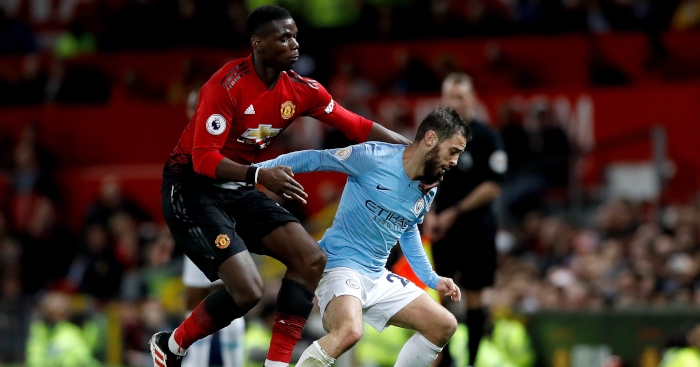 Manchester City took a huge step towards the Premier League title with a 2-0 victory at Manchester United on Wednesday night – and one moment between Bernardo Silva and Paul Pogba summed up the gulf in class between the two teams.

United frustrated City in the first half at Old Trafford, with the game goalless at the break, only for Silva to put the visitors ahead early in the second half.

Jesse Lingard fluffed a brilliant chance to equalise just a minute later, but City soon doubled their advantage through Leroy Sane as Pep Guardiola’s side returned to the top of the Premier League.

And the shift of intensity after the break was possibly best summed up by a moment of brilliance from Silva early in the second half, as the Portugal international burst past a number of United midfielders, with Pogba notably left in his wake.