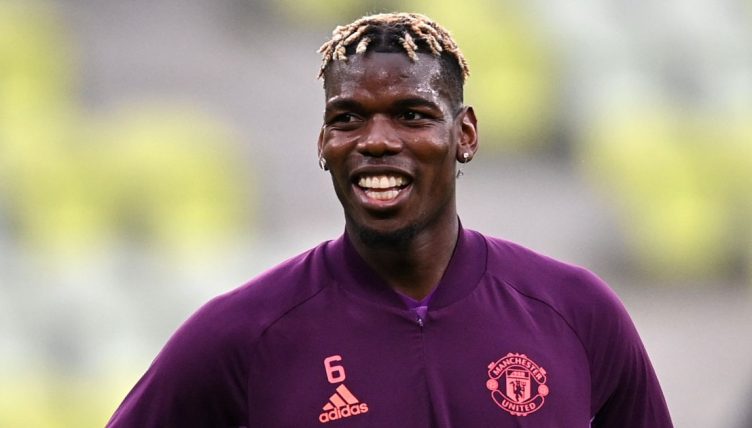 The midfielder has just one year left on his United contract and has been heavily linked with a move to Ligue 1 side Paris Saint-Germain.

“There’s always speculation about Paul and clubs being interested, and we’ve seen Paul at his best,” Ole Gunnar Solskjaer said in July.

“Paul knows what we feel about it and I’ve enjoyed my time working with him and hopefully we can work together. The talks between the club and Paul’s representatives, I’m not in the detail of every single one of them. I’ve got nothing to say about that. Let’s see what happens.”

He linked up with his team-mates at their at the St Andrews training camp and showcased his skills, chipping Grant with an outrageous effort.

United play Everton on Sunday in their final pre-season friendly before kicking off the new Premier League campaign against Leeds.