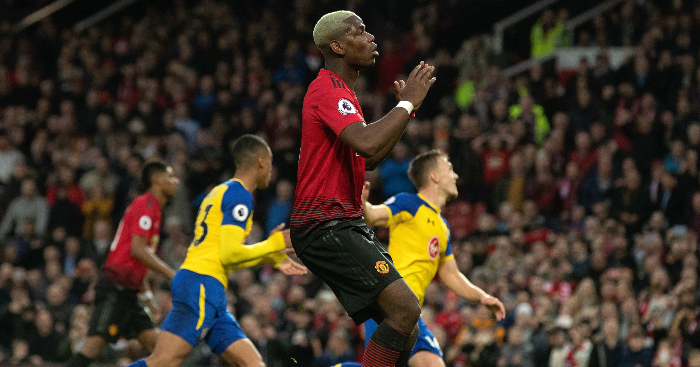 Manchester United picked up three points today at home to Southampton but missed a chance to score more in injury time.

They had to fight back from 0-1 down after a wonderstrike from Saints’ Yan Valery, and did so with a rocket of their own from Andreas Pereira.

After Lukaku registered a brace, including United’s winner to make it 3-2, they were given the chance to extend their winning margin after Marcus Rashford was taken down in the penalty area.

But after doing his trademark stuttered run-up, Paul Pogba saw his penalty saved after sending his straight down the middle. Saints keeper Angus Gunn had dived but managed to keep it out with his foot.

Watch the late drama below: