Watch: Paul Pogba tells Man Utd fans not to listen to the talk 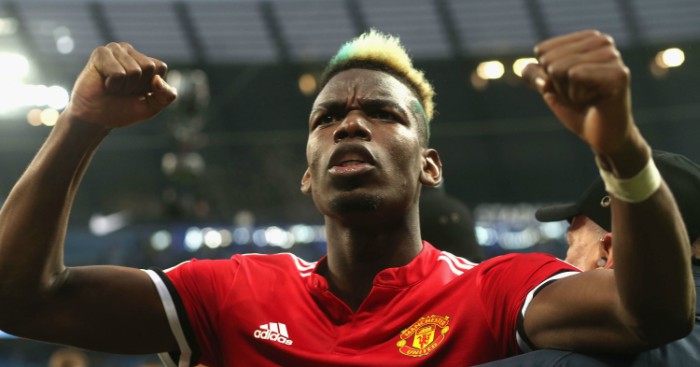 Paul Pogba may have endured a difficult few months at Manchester United but he produced the perfect response against Manchester City.

Plenty of speculation has surrounded Pogba’s relationship with Jose Mourinho after the midfielder appeared to fall out of favour with the manager earlier this season.

Reports have suggested Pogba could be sold in the summer, while Pep Guardiola even claimed the player had been offered to Manchester City in January.

The France international was one of the United players most criticised as they trailed 2-0 at half-time of the Manchester derby – with the visitors a distant second best in the opening 45 minutes.

But Pogba turned the game on its head in the second half, scoring twice as United came back to win 3-2, denying their rivals the chance to be confirmed as Premier League champions.

The 25-year-old also had a message to the supporters at the end of the match.

Pogba telling the fans not to listen to the talk….. MY MAIN MAN❤️❤️❤️
pic.twitter.com/I2ztFNFyFY