Watch: Paul Pogba tries to score with hand – gets booked 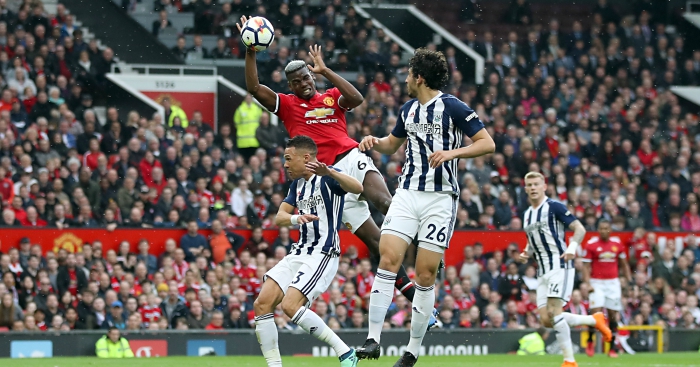 Manchester United endured a frustrating afternoon against West Brom – and the desperation got the better of Paul Pogba.

But West Brom put up a stubborn resistance on Sunday afternoon as United tried to secure all three points.

Midway through the first half, a cross came into the penalty area and temptation got the better of Pogba, who tried to score with his hand.

Diego Maradona’s hand of god it was not, and the midfielder was promptly booked.

Things went from bad to worse for United as Jay Rodriguez put West Brom ahead in the second half.