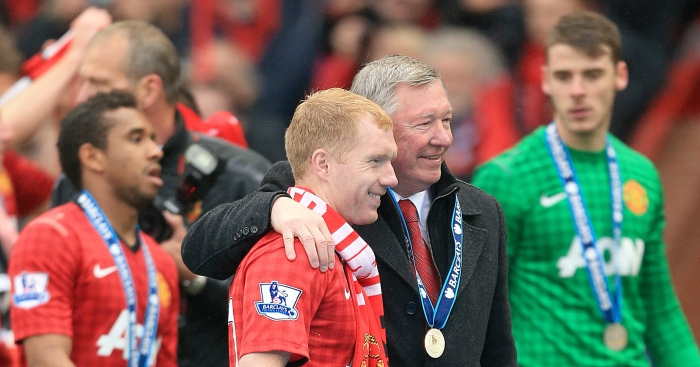 Manchester United legend Paul Scholes has shed light on his comeback from retirement and his first game back against fierce rivals Manchester City.

Scholes, speaking on BT Sport following United’s FA Cup victory over Huddersfield, revealed he had to buy his own boots.

“I think I trained once with the first team before I came back,” he said. “I even had to sort some boots out, I went down to the local sports shop the day before the game and bought a pair of cheap boots.

“David Platt was assistant (at opponents Manchester City) […] I’m taking my gear off and he goes ‘what the hell are you doing?’ And I’m thinking ‘I don’t know’.

“Obviously City went on and won the league with Aguero in the last minute, and to be honest I really wish I’d have stopped then.

“That was enough. I thought I was gone the first time but I was definitely gone this time.”

Listen to the excellent interview in full below.

MUST WATCH: Paul Scholes honest, disarmed, reflective…fascinating. The story of how one of our greats made his comeback…enjoy. pic.twitter.com/Tp7GElsPss

Eight players who came out of retirement: Scholes, Lehmann, Cruyff