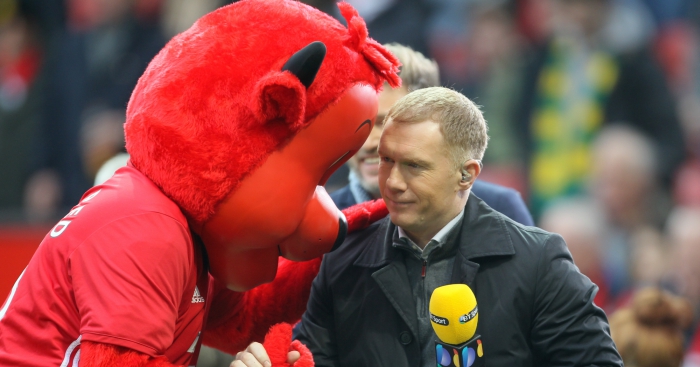 Mourinho has come under criticism following United’s Champions League exit as they lost 2-1 to Sevilla at Old Trafford in the week.

And the Red Devils boss launched into a 12-minute, pre-prepared monologue at his press conference ahead of Saturday’s cup match, before incredibly turning on the journalists, blaming them for United supporters losing faith with the side.

Scholes, who was working as a pundit for BT Sport on the Brighton match,

“I quite enjoyed it in a way. It showed a little bit of passion and that he was hurting.”

Scholes did not agree with all of Mourinho’s comments, however, adding: “I didn’t really like what he said about previous managers, what they’ve achieved or what they’ve not achieved.”

Watch all of what Scholes said below.

"I quite enjoyed it. I think it showed a little bit of passion." 👀