Watch: Pedri says he idolised Iniesta so much he wanted to be bald 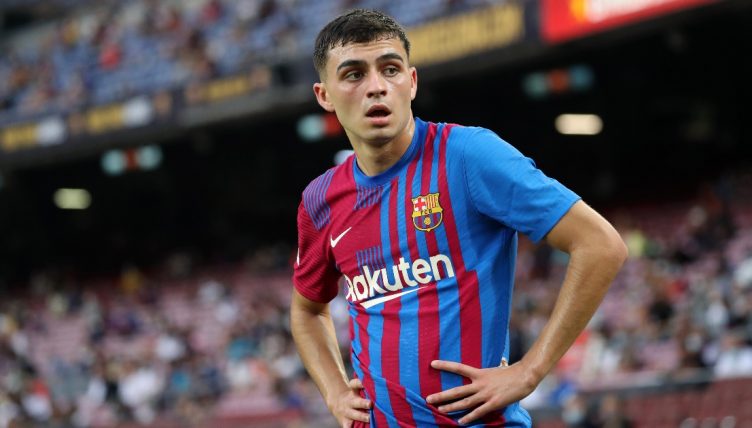 Pedri had such an outstanding breakthrough season at Barcelona last year that he garnered comparisons to club legend Andres Iniesta – so it should be no surprise that he idolised the midfielder growing up.

One of the most decorated and beloved players in not only the history of Barcelona, but Spanish football more generally, Iniesta has evidently inspired a new generation of talent.

18-year-old midfielder Pedri, who was born and raised in the Canary Islands, representing Las Palmas before he moved to Spain last summer, was just seven years old when Iniesta scored Spain’s match-winning goal in the World Cup final against the Netherlands at the 2010 World Cup.

And Pedri has since revealed in a recent interview that he idolised the La Roja icon so much that he even wanted to copy his (lack of) hair style.

The clip is in Spanish, but here is the translation of the rising star’s story: “I was at the barbers with my father and there was a Barca match on the TV. I asked the barber to give me Andres Iniesta’s haircut because he is my idol. My dad said no we can’t do that because Iniesta is bald.”