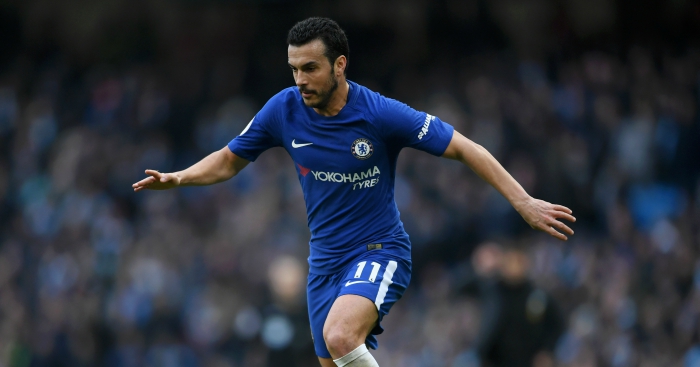 Olivier Giroud’s first Premier League goal for Chelsea as a starter was enough to defeat Jurgen Klopp’s side and close the gap between Chelsea and the top four.

Giroud’s match-winner was his 29th headed goal in the Premier League, no player has scored more since he moved to England in 2012.

The win leaves Chelsea three points behind Liverpool with a game in hand, meaning that if the Blues and Tottenham win their remaining two matches, Klopp’s side will finish fifth and be forced to win the Champions League in order to qualify for next season’s competition.

And as Antonio Conte’s Chelsea saw out the last few minutes, with four added on, the Italian chose to throw on Pedro with 90 seconds left on the clock.

The winger seemed keen to show his eagerness though, as he sprinted onto the pitch for the briefest of cameos.

Never change Pedro. This is how he went to play the last 90 seconds of the game. pic.twitter.com/aLtxlgKq6S