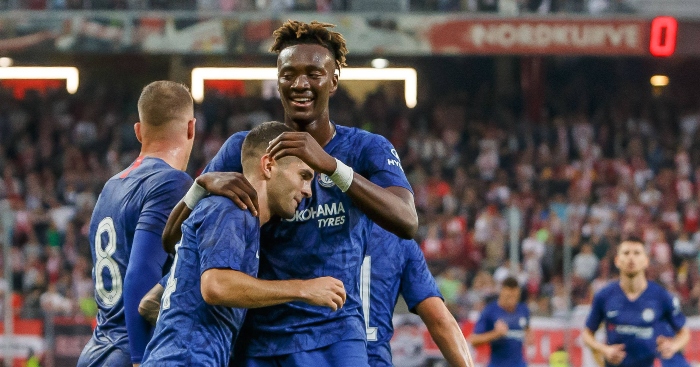 Chelsea and Red Bull Salzburg played out an eight-goal thriller in Austria on Wednesday – with Pedro and Christian Pulisic both impressing as the Blues came out 5-3 victors.

Much is expected of Pulisic in 2019-20 after the winger agreed to move to Stamford Bridge in a €64million transfer from Borussia Dortmund in January, only to remain with BVB on loan for the second half of the season.

Pulisic is effectively replacing Eden Hazard in west London, meaning there is plenty of pressure on the 20-year-old’s shoulders as Chelsea aim to start afresh under new boss Frank Lampard.

And Pulisic showed a handy eye for goal against Salzburg, opening the scoring with a tidy finish from the edge of the area after getting in behind the hosts’ defence.

The USA international bagged his second of the game shortly afterwards, by which time Ross Barkley had already doubled Chelsea’s lead from the penalty spot before providing an excellent assist for his team-mate.

But Pedro stole the limelight in the second half with an incredible backheeled finish from yet another brilliant pass from Barkley.