Watch: Pep Guardiola breaks down in tears while paying tribute to Aguero 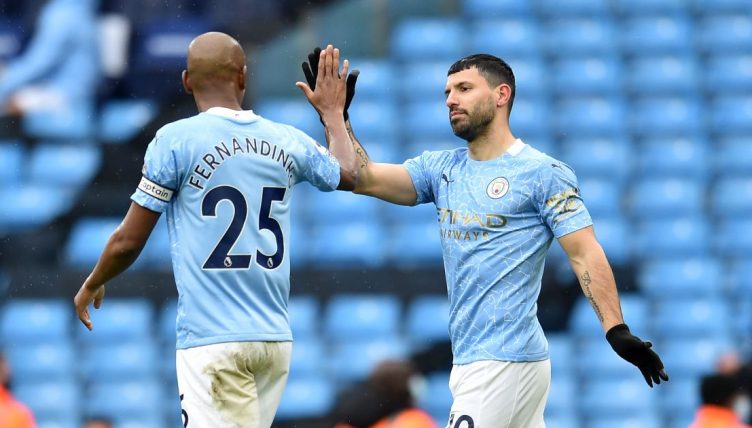 Pep Guardiola paid an emotional tribute to Sergio Aguero after the forward made his final Premier League appearance for Manchester City.

Aguero, who will leave City this summer after 10 years at the club, came off the bench to score a brace in their 5-0 win over Everton.

The Argentina international has now scored 184 league goals for City, breaking Wayne Rooney’s record for most Premier League goals with a single club.

Guardiola has worked with him for the last five years and couldn’t hide his emotions in a Sky Sports interview when he discussed the impact of the forward on the team.

“We love him so much – he is a special person for all of us,” Guardiola said. “We can not replace him. There are many players who have helped us here, he showed his quality in those thirty minutes.”

Aguero could make one final appearance for City in next weekend’s Champions League final, where City will look to win Europe’s biggest prize for the first time.

Watch: Kevin de Bruyne swears upon realising he needs to do interview