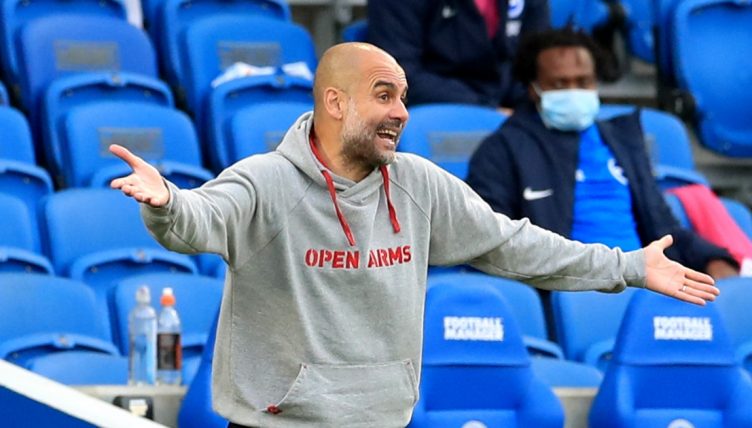 Pep Guardiola has never been somebody who takes defeat lightly, as his reaction to Manchester City‘s 3-2 loss at Brighton demonstrated.

The Premier League champions went 2-0 up at Brighton, but Graham Potter’s side rallied and secured a stirring comeback victory after an early red card for Joao Cancelo.

Once the full-time whistle was blown, the two managers were engaged in some heated words as Guardiola’s staff also joined in the discussions.

The City boss appeared to usher away fitness coach Lorenzo Buenaventura as the two sets of staff went down the tunnel, while goalkeeping coach Xabier Mancisidor could be seen wagging his finger in Potter’s direction.

After the game, Guardiola told BBC Sport: “What I say to him is personal. Not here.”

Potter provided a greater explanation, saying: “The first goal I was a bit emotional, it wasn’t my finest hour, I apologise. It wasn’t meant with any intent, it was an emotional response and wasn’t a good one. I apologise, no offence meant but I admit it wasn’t a nice moment.”