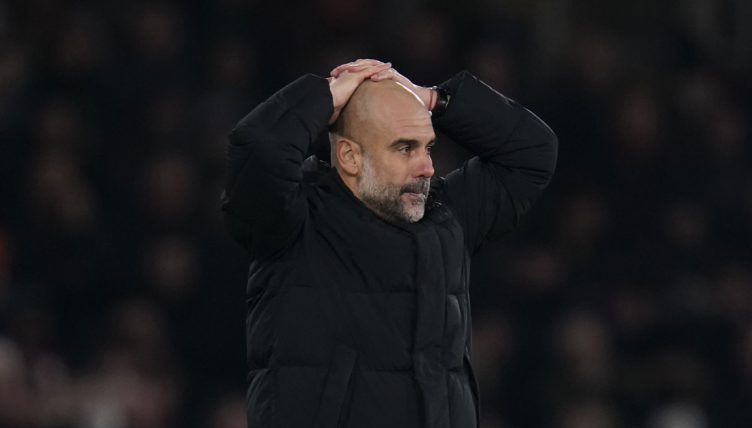 Despite dropping two points, Pep Guardiola has insisted that Manchester City’s performance against Southampton was one of the best of the season.

City drew 1-1 with Southampton away at Saint Mary’s, with Kyle Walker-Peters’ first-half strike cancelled out by Aymeric Laporte’s header in the second half.

They were unable to find a second goal that would have won them the game but Guardiola still hailed the display from his City players in a bizarre and rather awkward post-match interview.

“For me, it was one of the best performances of the season,” he said after the match.

“By far,” he said when he was asked if he really felt it was one of the best performances.

Statistically, Guardiola’s team had 75% of the possession but struggled to create clear goal-scoring opportunities at St Mary’s..

City currently sit top of the Premier League with 57 points but the two dropped points on the south coast will give Liverpool hope of catching their title rivals.

The draw with Southampton was the first time that City had not won a Premier League match since October 2021 when they lost 2-1 to Crystal Palace.