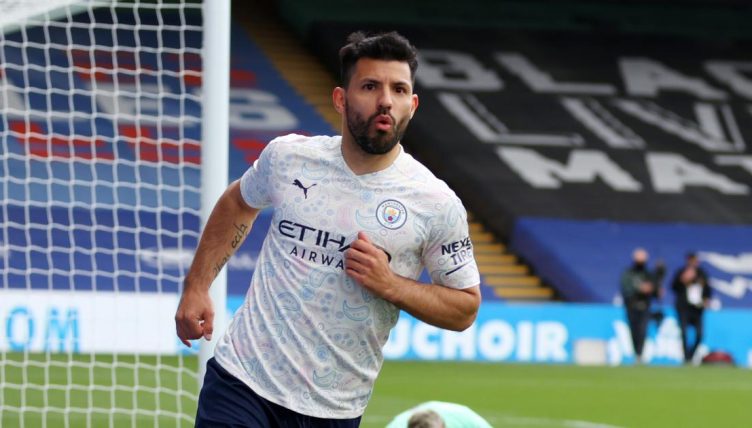 Aguero has struggled with injuries this season and is set to leave City in the summer after a glittering 10-year stay at the Etihad.

The Argentina international rolled back the years to open the scoring against Palace, bringing the ball down with a deft touch before blasting a powerful shot into the roof of the net.

Guardiola celebrated the goal on the touchline and even doffed an imaginary cap to City’s record goalscorer.

“Today again, at 0-0, the pass from Mendy was exceptional and after that, the control, the action was class,” Guardiola said after the game. “He’s shown again what he has shown all his career, many times – what a goal, what a player, what a man.

“I’m incredibly delighted that he’s back. He spent lots of time injured and in the last week, he has trained really well and he’s another weapon that we have next Tuesday for our semi-final.”