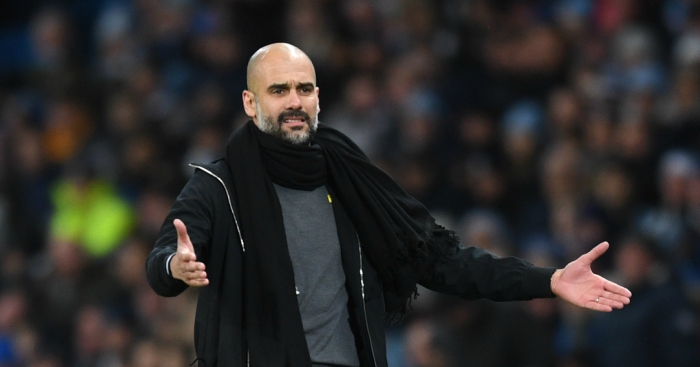 The Sky Sports pundit argued the City boss could have named a youngster on the bench to give them the experience, branding the situation a “joke”.

“If you’re a youth team manager at Manchester City, ring him up and ask which kid deserves that boost,” Neville said. “Who has been playing well this season and who has worked hard?

“If you’re the Academy or reserve team manager at Manchester City you must think ‘I’m wasting my time’. Forget the fact they’ve spent however much money, six players on the bench… to me it’s like a protest.

However, Guardiola hit back ahead of his side’s game against Leicester City, aiming a sly dig at the former Valencia manager.

Guardiola responds to Gary Neville. "My job is serious. It is not a joke, never is it a joke. He should know that because he was a manager… for a short time." #MCFC pic.twitter.com/DZhXcX5g4k